Chat with eachother about all sorts of things.

Get in contact with other members of the Cyberpoli.

Discuss together how you both deal with your condition.

Fun activities specially for everyone with a disease. 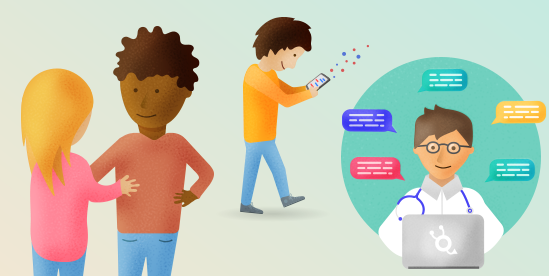 Who is the Cyberpoli Kids pilot version intended for?

The pilot version is primarily intended for children and adolescents with the following four chronic disorders: diabetes, thyroid disorders, sickle cell disease and HIV. If the pilot is successful, the other disorders will also be translated into English.

Parents, brothers or sisters can, of course, visit Cyberpoli Kids Kids as well.

Anyone can visit Cyberpoli Kids, without obligation, for information for a study or project or for a lecture at school. Posting surveys and questionnaires for projects and assignments is not permitted. They will be removed.


Get more out of Cyberpoli Kids!

This pilot version of Cyberpoli Kids demonstrates to what extent the different disorders are, in fact, interlinked. How much all hormones, chromosomes and organ systems affect and influence each other. This way, a visit to Cyberpoli Kids can achieve more added value.
By clicking on Topics and Disorders on the homepage, you can see how everything is interlinked. Check it out!


What can you do on Cyberpoli Kids?

The Cyberpoli also has an App. For now, this Cyberpoli App will not be available in English.


Figures and statistics of Cyberpoli